6 Things You Should NEVER Do at the Gym

“Hey Freshman, what are you doing there in the corner?!”

I felt trapped as everybody’s eyes turned to me…

“Get your ass over here!”

Trembling, I walked towards a gargantuan senior at my new high school gym. I was wishing I could grow small in a futile effort not to be noticed.

But I forgot to put on my Ant-Man suit, so that wasn’t an option. I was caught, put on the stoplight and was sure my brief life was about to come to an abrupt end.

How did it all come to this? It all started when I stepped into that dungeon they called the gym. It was dark, there was no AC or even a fan. Just a bunch of jocks, packed into this tiny, garage-like gym, getting ready for the upcoming football season.

All around me were large specimens of men, lifting impossible weights. These were the guys I wanted to be friends with, but it was obvious they were on a level far above me.

I remember the sound of metal crashing on the floor around me like it was yesterday. The smell of sweat in the air. And the stench of fear that I was so sure was radiating off me in every direction.

I finally stumbled up to the guy who called me out. He was doing some archaic exercise, where he lifted a large bar right off the floor and above his head. I stared in awe at the number of weight plates he was throwing up in the air like they were made out of cardboard.

I almost didn’t believe what he said next:

“Whats up man, name’s Nick. You look scared as shit, hahaha! I take it you’ve never been in a gym before, what’s your name?”

“Oh that’s right, you just moved here? Lemme show you around and give you some tips.”

And that’s all it took. From that moment on I immersed myself into the gym and the gym culture.

At first, I felt like an outsider, like I didn’t belong there. Thankfully, I had Nick to teach me The Way of the Gym. And you? Well, you have a Chris…

Rookie Gym Mistakes and How to Avoid Them

The truth is, unless you’re getting called out by someone or actively drawing attention to yourself, no one is going to notice you. Lifting weights is mostly a solo pursuit, so unless you’re there with a workout partner, people really don’t care what you’re doing.

Making mistakes is how we learn. Fucking up, getting embarrassed is all part of the experience. I mean, I recently managed to stab myself in the leg while laying down on my bed (lesson learned: don’t leave knives under your sheets).

At the same time, no one wants to be the rookie. There are some glaring mistakes you can easily avoid. Here are the first little lessons Nick taught me about the gym life, and now I’m teaching you. Don’t do them and you’ll be alright. You’re in the gym to put in work. To change something you don’t like about yourself. While the gym is a “social space” it’s not a place to socialize.

Taking a quick break between sets? Sure, check your Instagram feed, see if that chick from high school messaged you back on Facebook (I bet she didn’t), or ask your buddy who you should start on your fantasy football team.

But there’s no need to take 10 minutes updating your Facebook status, while you’re just chilling on the preacher curl machine. You should be doing your curls, not posting your game-changing political opinion. Set the phone down, do some work, or get out of the way. Someone is trying to get that nice bicep pump, and you’re denying them that.

2. Lifting Without Clips on the Bar

Wanna be in that next fail video? Didn’t think so. Not only is it super embarrassing, but it’s just dangerous. You’re in the gym to look better, not get injured.

Don’t be a hero who thinks clips are for suckers. Before you know it, the weights will start sliding off, the bar will get uneven and you’ll get yanked off the bench to the ground. You’ll try to roll with it and act cool, but everyone saw that, believe me.

Not using clips can result in serious injury, especially during bench press and squats. It’s very likely that due to muscle imbalance, the bar will not come up evenly during these lifts. Secure the weights by clips. Otherwise, they’ll slide off, destabilize you further, and can cause muscle or ligament tears. Not fun.

3. Leaving Your Weights on the Floor

When I first started lifting, I’d spent a lot of time at the dumbbell rack. I simply wasn’t strong enough to do a lot of the barbell lifts, especially on upper-body days.

I’d spend hours there, camped out in the same spot, only moving to change out weights or grab some water. There’s probably an excellent imprint of my ass on one of the benches at my high school. Hopefully, they were smart enough to preserve it.

I bet the money would just pouring in.

So ya, I spent a lot of time near that dumbbell rack. Since I was there for so long, I would go through a lot of different weights. Get up, pick up some 25’s. Finish set, put 25’s back, pick up 30’s. Repeat ad nausea for 2 hours.

It was a little annoying racking and re-racking weights over and over again. It would’ve been easier to just leave them around my bench for easy access.

Sure, you could do that, as long as you’re comfortable committing one of the most egregious, cardinal sins in the gym – leaving a mess of weights all over the floor.

Just don’t do it. Unless you’re actively using them for your current set, put them back. All you’re doing is making a mess, cluttering the gym, and pissing everyone else off. If you’re opening a Quest Bar right after your third set of leg extensions, you’re doing it wrong. And by “it” I mean everything.

No, you’re not going to go catabolic in the gym. You don’t need to be in a constant “fed state” while you’re lifting. As long as you ate an hour or two before, you’re going to be fine.

If you’re really concerned about it, bring a BCAA’s or a protein shake, and sip on that throughout your workout. But take the damn blender ball out of the shaker. It’s loud, annoying, largely useless, marks you as an obvious newbie, and as the great Dom Mazzetti says, “If a 6-year-old can make chocolate milk without a blender ball, you can make your shake without it”.

5. Coming in Without a Plan

When you’re a beginner, it’s tempting to copy somebody else’s exercises or technique because, well you’re not sure what to do yourself. There are two problems with this.

First, just because somebody is doing a particular exercise, doesn’t mean it’s any good. Most people do tons of isolation work, ignoring the big compound exercises, the ones that will actually get them results, because they’re uninformed and it’s just easier. These are the same people whose bodies never change or stop showing up after a couple months since they didn’t see any progress.

Instead of blindly copying them, do a little research and find a plan you like. Any plan will do, as long as you enjoy it, and you stick to it. Or, you can take all the guesswork out of it, and hire a professional fitness coach.

Second, the person you are copying from may have terrible form. If you’re just copying them, you have no way of verifying if you’re even doing the exercise correctly. This decreases the effectiveness of the lift and it’ll probably get you hurt.

If you’re not sure how to do an exercise, find an online video from a reputable trainer or ask somebody who knows what they’re doing to show you.

6. Being “Too Strong” for a Spotter I chuckle under my breath when I see some “meathead” try to do bench press by himself, obviously with too much weight, and he ends up wiggling like a snake to get from under the crushing bar. But it’s certainly not funny if that person is you.

There are two lifts that you absolutely should use a spotter for – the barbell bench press and the barbell back squat. Whether you’re new to the gym or a seasoned vet, a spotter is integral to safely lifting heavy weight for these exercises without injuring yourself.

If you have a workout partner, naturally they’ll be your spotter, and you theirs. Unless you’re a dick. Don’t be a dick.

But what if you work out alone? What do you do? Lucky for you, I’m willing to share my top secret tip.

When I’m riding solo and I know I’m going to need a spotter that day, I use this one weird trick that drastically increases my safety power-level:

I ask for help.

I know this is controversial and crazy, so let it sink in for a moment. I’d be damned if it didn’t work every time, though.

In all seriousness, there has never been a time where someone hasn’t helped me. Sure, I might have to wait till they finish their set. All that does is give me time to break Rule #2 (oopsies), and check my IG feed.

Gym-goers can look intimidating but we all started somewhere, and no one has an issue helping another gym-bro out.

Look, there’s only one person who enjoyed their rookie year, and he went on to start in the American Pie films. For the rest of us, it’s an awkward and uncomfortable moment in our lives, but something we all have to get through one way or another.

Avoid these mistakes, have respect for other people around you and your first few times in the gym will be a breeze. The gym can be intimidating for many people. Let’s make it less so. Skip past that initial, awkward phase, and roll right into building an awesome body.

Before you know it, you’ll be dropping knowledge bombs to the newbies in your gym.

Let me know in the comments below other ways that people really grind your gears in the gym! 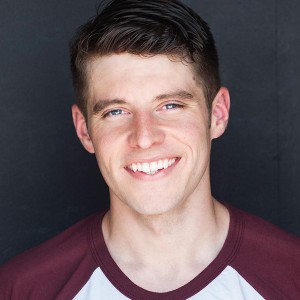